Soul Search and Soul Scent are modern tales of the psychopomp, a mythical creature responsible for escorting the dead to the afterlife. These are creatures like Charon, who ferries the dead across the river Styx in Greek mythology, the Valkyries of Norse myth, and Anubis, the jackal god of the ancient Egyptians. Following Native American tradition of the Delaware Tribes, in these books, a dog seeks out and guides suffering earthbound spirits to the afterlife.

The series was inspired by a “what if?” moment when the author, a K9 handler for search and rescue, was called out to find a despondent. The story does not always end happily for these people and rescues turn into recoveries. Because search dogs play a huge role in finding both the living and the dead, the author wondered, what if a search dog could also be a therapy dog for the dead? What if a search dog was also a psychopomp, leading tormented souls who are trapped in this world to the afterlife? The “what if?” moment wouldn’t let go until the story was written.

The series has been described as Dean Koontz’s Odd Thomas meets Piers Anthony’s On a Pale Horse. Readers will be taken through historic cemeteries and the ruins of old farmsteads that can only be reached by following hiking trails. In addition, pieces of true history underpin the hauntings that the characters must resolve. From pre-Revolutionary settlements to life in the early 20th century, stories from New Jersey history weave and meander through the plot of these books. The author draws on elements from actual searches to bring rich detail to the story that enhances authenticity. By anchoring the ghostly elements of the story in reality, she effectively suspends disbelief for the reader and creates a book that cannot be put down. For as long as the story lasts, the reader will live in that world. 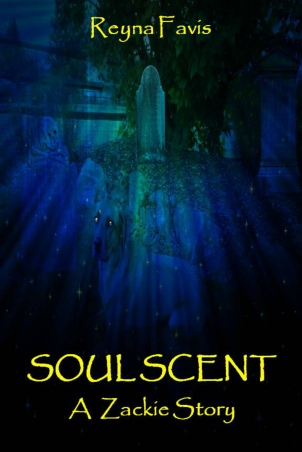 Para-X: Behind The Veil

Check back periodically to find new info, directions, and vendors. Remember: the show is September 30th. Time is going fast!